After writing in the last entry and reflecting upon it I realised how much more positive I am feeling now in comparison. I think once you embrace a place for what and who it is, reject what you are used to at home and discard any expectations you may press upon it, the world opens up and you begin to see and live it for what it is in its own wonderful unique way.  Italy is Italy with all the chaos and disorganisation it comes with – which is the Italians themselves! But it also comes with the laughter, the playfulness, the sillyness, the drama and the best food in the world.
I forgot to mention that once we arrived in Rome the weather was to die for, a wave of heat overcame us and summer, which felt like a distant friend, was back with us. Walking through the streets I felt like I was cheating, that this summer wasn’t mine to have yet and that I was jumping the queue, not waiting my turn for it to come to Australia. Mwaahhaaa.
Now I am in the south of Italy staying in a place called Gizzeria Lido right next to the beach. We literally walk under a tunnel under the road and then onto the sand (or tiny grey rocks that are apparently fragments of volcanic ash! Possibly from the volcano in Sicily called Stromboli – Pinocchio rings a bell here). We’ve been relaxing at our accommodation while here and being cooked for – lots of seafood!
Yesterday went to Conflenti (where my family is from) for the most popular annual festival: La Madonna della Quercia (a festival dedicated to Mary and a vision someone had of her decades ago near the Quercia tree (an oak tree) next to the church). People come from all over Italy and the world to celebrate it. Apart from all the markets stalls, music, dancing, hourly church services and eating, the procession was the highlight. It involved carrying a massive statue of the Madonna (Mary) carrying the Baby Jesus and holding her open breast, on a circle around the village with a couple hundred people following in front and behind. I had the camera and filmed the whole thing, weaving through the crowds, running up hill to get high shots, getting near to the statue getting close-ups of the pained faces of the men holding the idol up, walking behind to get the marching band with their brass instruments, the alter boys and girls carrying incense and singing, the priest and his possy, the members of the council, and the onlookers. By the time I got back to our group I was sweating and looked slightly deranged- but so satisfied.
Mum, Gina and Silvana set up a stall for the book and lots of people were stopping to discuss the content and sharing their own stories. It was quite successful; we sold about a dozen, which is huge for a small town. So far we are being very well received, I can’t wait to share the footage of it all with you.
The festival was great all up, children running loose everywhere! It reminded me of India a little bit, and even Gina commented on that which confirmed it for me. Its interesting how small country towns, even in developed places, reflect quite similarly on the third world places I’ve visited – being the simplicity of the people, the enjoyment of life’s little pleasure, community focused, random objects left on the side of the street, dogs and cats wandering around and mixing with the people, street food, lots of colours!
Anyway I am being called for lunch now so I have to go, I’m still full from breakfast, expect me to come home as an umpa-lumpa! Gina just came over to my table and said, “Guys, its time to eat again! Can you believe that…”
So I better go, its rude to not come to the table immediately (with enthusiasm!)
My first few days have been great; I look forward to the next update.
-Danielle.
*  photos taken by Erron Field.
Posted by Danielle at 6:11 AM 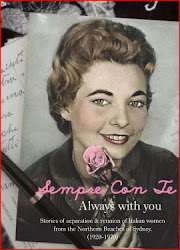 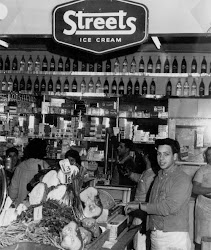 Want to support our project?